Do you guys remember t.A.T.u (t.A.T.y.)? Well I do, fondly! I mean, c’mon, who can forget two hot Russian chicks making out in schoolgirl uniforms? The duo split for a short while and started on their own solo careers. However, in November (last month) the girls appeared live in Romania for The Voice. The term “girls” may be an understatement as the two have clearly grown up from wearing pigtails and knee pads on stage. If you haven’t seen the show, here is the video. Frankly, I always viewed Julia Volkova (brunette) as the stiff upper lip leader and Lena Katina (hot ginger) as the shy, submissive girl. My, have things changed! In these two performances, not only are their voices unfairly tested, Lena appears to really shine (in comparison), covering Julia’s… “singing” but their baby faces have completely changed.

In all fairness, there were rumors that Julia recently had throat surgery, I’ll give her the benefit of the doubt but no one can deny Lena’s almost-voice crack in All About Us. They obviously are not the young girls who sang All the Things She Said and All About Us, so why would anyone tell them to sing both songs? Maybe All the Things She Said because it doesn’t seem to need to hit high pitches as the other one. They should have either picked another song or performed new material. Tone wise – it sucked. Appearance wise… who the hell is that brunette?! I’m sorry but although Lena’s stardom finally shined (mainly because Julia’s voice was weak) I couldn’t help but look at Julia’s face. Something seemed off & unnatural about it but I guess that’s not the only thing that seemed unnatural. 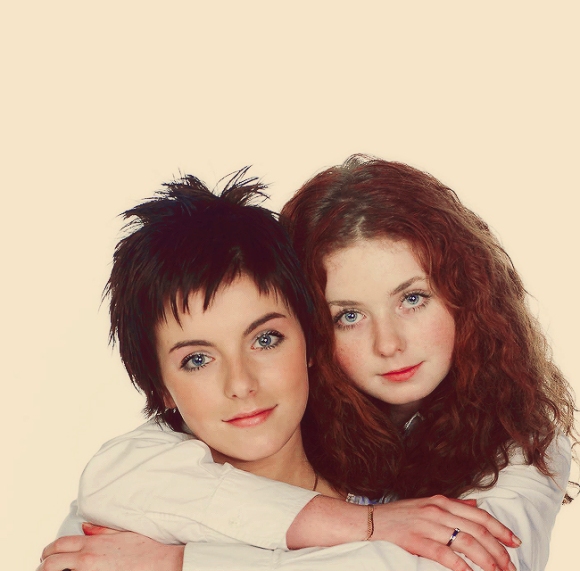 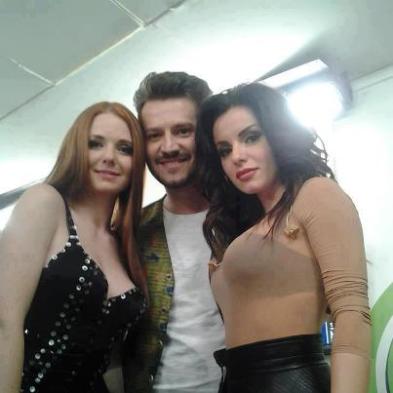 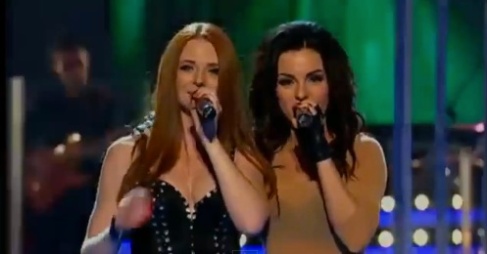 Julia has emerged as this Sasha Grey of music with a spritz of Britney Spears solo artist who has either grown up into her sexuality or has taken advantage of the money and modified her physical appearance but that is another story on its own, whereas Lena seemed to simply have grown up.

Don’t believe me? Remember, these are the FIRST solo videos I saw from both of them. In other words, first impressions. P.S., I know some moms still like to look hot after they’ve popped out a couple of kids but c’mon now. Mommies, you know when it’s time to cover it up…

Dammit, red heads always get the attention with their natural beauties! Aren’t we supposed to kick the gingers, not empower them?! If you’re offended by that previous remark, I suggest you move on because this is clearly not your humor! 😉

Live, their chemistry always seemed forced, never appeared consistent to me. Julia gave the impression that she ran the duo while poor, puppy eyed Lena followed along. Maybe I’ve watched too much Taylor Swift videos and performances and now expect all female artists to be humble, friendly, and happy… at least while PERFORMING. While their lack of stage presence normally fell short, their voices were always up for discussion as well. It’s hard to find any YouTube live performances where they actually sing. Maybe they were doing us a favor by not really singing. Of course, there is one video I did find from Top of the Pops where they do limited singing. You can hear Lena’s & Julia’s voices but when it comes to the high notes, forget it. You can clearly hear the voices change from live to CD.

Sources such as Ace ShowBiz , state the girls split because they were focusing on their own separate careers… hm, that sounds similar to what Lena said but she added more. According to Lena’s own website, Lena-Katina.com, she repeatedly mentioned they were “tired of each other.” In the interview, when asked, “Do you converse with Yulia often?,” she was noted saying, “… we’ve been so tired of each other that is it useful for us not to keep in touch.” Lena also mentions she texts Julia to say ‘happy birthday’ implying they speak maybe once a year to be polite. Interesting choice of words.