UnSun is this Polish, gothic metal band that is greatly underappreciated. The band is small & sweet. Front woman Anna Aya Stefanowicz aka Aya on vocals, Maurycy Stefanowicz aka Mauser on guitar, Patryk Malinowski aka Patrick on bass, and Wojtek Blazkowski aka Gonzo on drums. Seriously, I do not understand why this band isn’t more popular, then again it’s probably because, sometimes, she is hard to understand. In their music, you can clearly hear her heavy Polish accent but I absolutely love that. Sure, some lyrics are heard to understand but think about the thrash and death metal people listen to, you can’t understand their screaming either!

The band was formed in 2006 by Mauser. Mauser has his own metal band called Vader but this is about Unsun! He wanted his wife, you guessed it, Aya to be front woman and had a vision of combining something a little soft with something a little dark.

“…something incorporating day and night, light and darkness would suit them best. A label for their music which is melancholic and a little dark at times, yet catchy at the same time. Something that would put a name to the bitter-sweet twist of Aya’s highly melodic vocals topping the driving force of the underlying guitar riffs.” – UnSun’s Official Myspace. 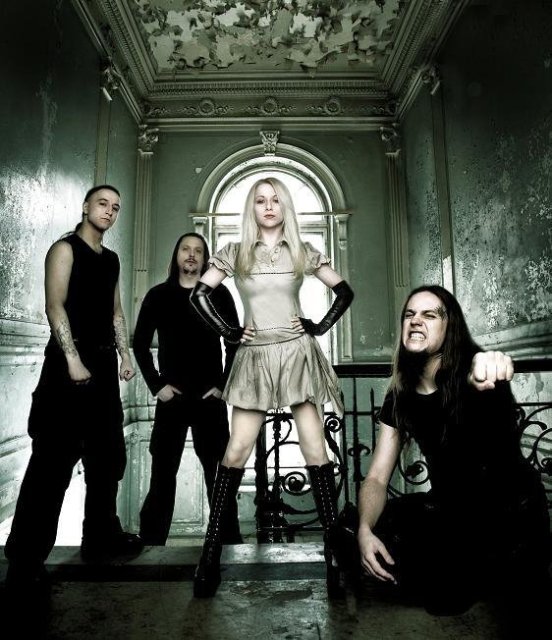 With or without Aya’s heavenly voice, the band is just great. Mauser’s awesome shredding are enough to catch one’s ear, Aya adds the little something extra that not only heightens their sic talents, it also has the capacity to bring in female attraction. They just rock – plain & simple.

I would love to hear collaboration between Aya & Maria Brink of American metal group, In This Moment. With Aya’s angelic singing mixing with Maria’s bad ass screaming, I can totally see an instant hit coming from that. Ladies, DO EEETTTTT!!! 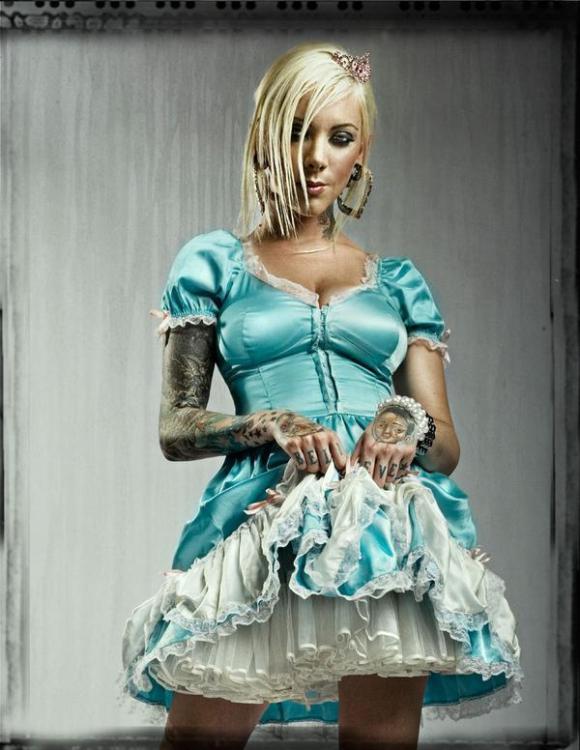 In This Moment’s Maria Brink
Courtesy of LoudMah.com.au

If they continue their work I believe they will have a great amount of success. The frustrating part about the band is how slow they are working! Although founded in 2006, the band didn’t release their debut album, End of Life, until 2008 which included their single hit Whispers. I had bought that album on iTunes sometime in 2009 & to this day I cannot get tired of replaying. I impatiently waited for their follow up album Clinic For Dolls in 2010 and their single Home was another hit. The video was even better. Whispers’ video was dark and introduced the band to the world with a beautiful front woman with her manly band mates behind her performing. Home was more of a music video concept that takes place in the Steam punk era. The costumes are fitting of the time but performance scenes are still included.

Aya may sing in English but that doesn’t mean she is forgetting her roots. Their track Memories, from End of Life album, is also recorded in Polish. If you want to check it out, click here.What is it about English songs that sound so much better in another language? 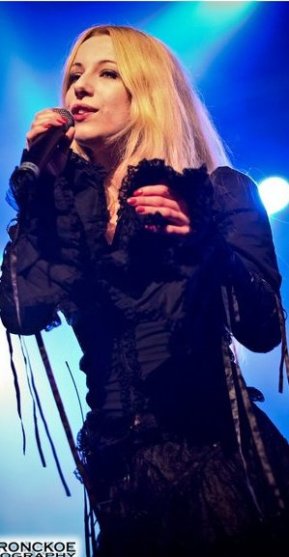 Unsun went on tour last year in 2011 but I haven’t heard any news from them since. Seriously, go Google them. If you find any current news, let me know! Anyway, they are pretty awesome, and I will post their videos of Home and Whispers after this post. Hope you guys enjoy them 🙂 .