I was watching Stone Sour’s old video for Gone Sovereign/Absolute Zero which came off the House of Gold & Bones part l album. Dear God, dear Christ, I always forget how hot Corey is. For those of you who haven’t watched the video, you should. It’s pretty sic. It’s a video for two different songs which became one. It’s a little over seven minutes long but well worth watching. You can catch the video below this post or watch it here. 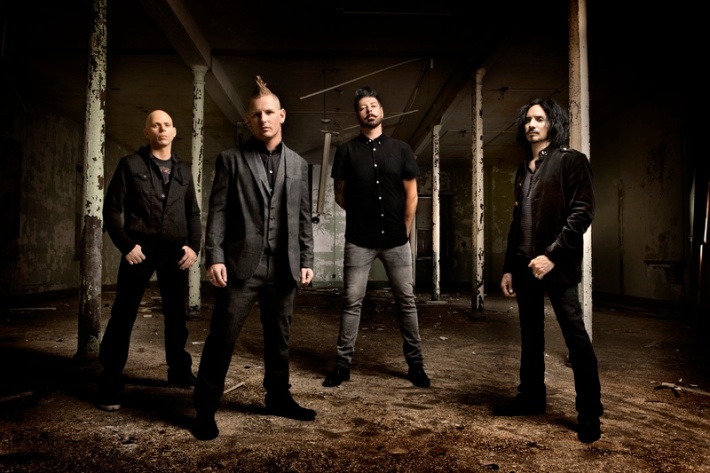 Gone Sovereign definitely leaves wet panties. For those girls who enjoy their bad boys with ink and a little eye liner but still want them to dress decent for society, this half of the video is for you. The band is in a closed room when the video begins but when the curtains drop they are playing a small concert for screaming fans, head banging to every hit. It kind of reminded me of P. Roach’s Last Resort video back in the day. Corey’s hair, although having a Mohawk,  is slicked back as he sports a nice black dress shirt. Honestly, I can’t think of any other time Corey looked so clean cut in any other video! Aside from his pretty boy get up, his stage presence (video or stage) is always on point. His stage presence just dissevers open your rib cage, snapping each bone just so he can belt out a screaming note to make sure you are listening. It is fucking AMAZING! Anything involving that man is always enough for me to become a fan of anything he touches.

At the end of that song, the video focuses on one concert goer and the next song begins, Absolute Zero. The last song was a panty wetter but this one was the dropper. The intro instantly reminded me of Slipknot’s Psychosocial. If you have to figure out why, go listen to the track and if you just made the connection that the fucking lead singer is the same at Stone Sour, leave my page. You are not worthy of my annoying, irrelevant rants!!

Something about the angle Corey is portrayed, the way his make up is done, and the intense look in his eyes just makes me want to run away in fear but at the same time hope he’ll catch me and ravage me like a deprived savage. Don’t judge me; I stand by what I said! 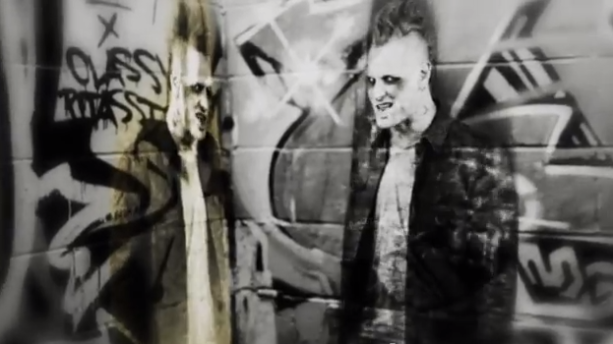 The video seems different than their previous ones but the song, without a doubt, sound heavier than their earlier work. I enjoy Stone Sour but my favorite is Slipknot so it was nice to hear a heavier side of Stone Sour. I fucking loved it.

What really stood out to me was the graphic novel. I think this is a great idea, a little on the o.d. for promotion but excellent marketing plan to get more fans. No shame in that, right? I’ve never read one myself but I would be interested in seeing what it would look like, story line, it is intriguing. I cannot wait for this album to drop. \m/

1 reply to Stone Sour’s new album due in April!