FINALLY! The lineup to this years’ 2013 Rockstar Energy Drink Mayhem Festival has been revealed and it is sexy!

Headlining this year’s Mayhem Fest will be fucking Rob Zombie (before I forget, check out Zombie’s latest lyric video for Dead City Radio and the New Gods of Supertown), 5FDP (Five Finger Death Punch), Mastodon, and Amon Amarth. I dunno who’s Amon Amarth is but if they made the headliners’ cut then I’ll be looking them up! After all, 5FDP didn’t start at the top. The first time I saw 5FDP live was 2008 Mayhem Fest. They were on the Jagermeister stage along with Machine Head, Walls of Jericho, and other great bands. Anyhoo, 5FDP really stuck out because of their SiC drum kit that had spikes all over.

At that time I had owned a used (I use that word loosely, it was pretty banged up) drum kit so I was fascinated with awesome looking kits. The band played hard, fast, and strong; it wasn’t long before I caught them at Mayhem again in 2010. This time 5FDP wasn’t opening for any shitty upcoming bands nor were they being judged on the side stages, they were headlining with Korn, Rob Zombie, and Lamb of God. If you haven’t seen them live, you need to go find tickets now, they are worth watching!

I actually enjoy being a fan of theirs because it’s rare if I “discover” a band from their beginning and watch them progress. Did that make any sense? If it didn’t I’ll dumb it down or at least use proper English! I had heard about 5FDP and started to look up their music. The first video/song I heard was, you guessed it, The Bleeding. I instantly fell in love. I couldn’t wait to see them live and they fucking delivered. Since then I’ve witnessed their growth as a metal band all the way to headlining. No longer were they the side stage band and no longer were the words, “Fiver Finger who?” uttered. They are here to stay. It’s like seeing a child grow or a project move successfully forward.

I want to go further into the other headliners such as ROB ZOMBIE but it’ll take forever and honestly, if no one is reading this, there is no point. Next stage, Jagermeister! Machine Head has been in a couple Mayhem Fests. They were there in 2008 and 2011. Now, I am no one to judge but Machine Head, what’s going on? You guys have been stuck on Jagemeister and other stages and have not moved up! If I am wrong, please let me know. I feel like they haven’t moved up or “proved themselves” to be headliners for this awesome show… yet. Maybe this year will be their year! 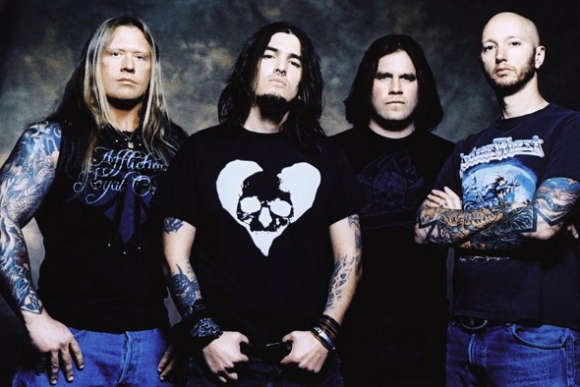 Head banging along-side with Machine Head will be Job for a Cowboy, Butcher Babies, Battlecross, and Huntress. The next stage is the Musicians Institute. This will house Children of Bodom, Behemoth, Emmure, Born of Osiris, Motionless in White, Thrown Into Exile. I had gotten into C.o.B. late in life. I was told about them when I hit college. I never knew such hard metal even existed until then! I looked them up and I was hit. Not to mention Alexi Laiho is one foxy shredder and he speaks Finnish? Mmm! Needless to say I have been lusting – I mean, wanting – to see Children of Bodom live for years. Their music is enough to rock your socks off… and pants and shirts and panties… okay, I’m done 🙂 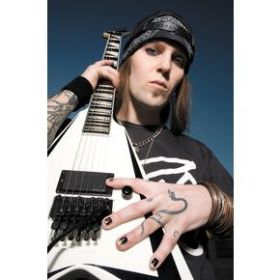 Courtesy of Last.fm
Children of Bodom

Last stage is the Sumerian which as of right now has only City in the Sea. No one has information yet on who else will be performing here but rest assure that the Mayhem Fest website will be on top of it. For dates and tickets for this fabulous show visit the Rockstar Mayhem Fest.