I wasn’t satisfied with my Cubone outfit since the mask had sunk in but w/e! I tried! Now, AnimeNext 2015 is in June in my home state New Jersey 😀 and I will be very prepared for my next two cosplays:

I already have the wigs bought and ready. Honestly, I like the pink for Krieger’s Wife more than the blue wig for Ramona. I think Ramona will take the least effort since I already have goggles, jackets with hoods, shorts, and boots. I pretty much need the stockings, bag, and maybe the hammer. Haven’t decided yet if I am going to have the weapon. Anyway, this is what I look like so far as Ramona 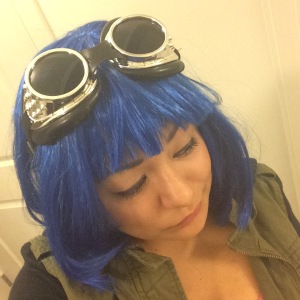 The wig looks pretty cheap so I will have to play around with it.

I LOVE Archer. Seriously. I can re-watch the seasons all the time. I was thinking of doing Cheryl since I feel like she is me as a TV character than any other characters I have ever seen but I do want to match up with my hubby who will be coming with me to the AnimeNext 2015 convention. It’ll look cuter if we dress as a couple. Plus, it will be the first time we actually dress up as a couple. We never did that before in the three years we’ve been together.

So, Krieger’s Wife is this anime hologram that he invented that is so real that the state of New York has allowed him to marry her. I don’t think they ever really reveal her name so it’s a little difficult to pin point her. Her outfit is really simple: a cut up little dress dress and everything else that goes with it. I’m sure I can walk into any Spencer’s and get the whole thing in one shot. This is how the pink hair looks like

Unlike the last three that I have made,
Morrigan of Darkstalkers, 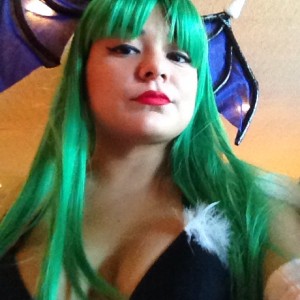 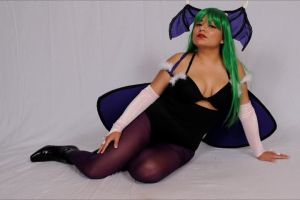 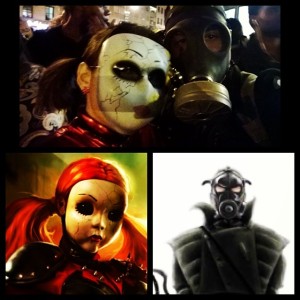 and Cubone of Pokemon, these next two will be the easier ones to cosplay and way more comfortable to walk around in. I also do want to do Vanellope Von Schweetz in the future. If I can somehow make her outfit, I might squeeze it in, however, I would like to do this with my brother. My brother is a big, broad dude and FUNNY STORY TIME!! When I lived with my brother a few years ago, he was wanted to teach me to drive. I was a late bloomer. I didn’t drive until I as 25 but I had had my license since I was 20/21. Anyhoo, my brother took me driving and we got hungry. We passed by a fast food place and he told me not to put my drink in the coaster, drink holder thingie b/c his car was an oldschool BMW that was not designed yet to hold these cups. Well, right after he told me that, I put the cup there filled with soda and I drove off. The cup spilled and I forgot I was driving, tried to catch the soda, jumped the curve and almost hit the McDonald’s sign! Good times, good times. Needless to say, I never drove his car again 🙂 So, I think it’s appropriate if he dressed up as Ralph and I dress as Vanellope 🙂 We have a very close relationship.

Mayhem Fest I think 2012. It was when Slipknot, 5FDP, Rob Zombie headlining. We decided that we are the only people we can go to concerts with b/c we love the same music… except his wife. His wife has taken that spot now 🙂 along with their fucking adorable, cuter-than-yours son!

We were at a friend’s wedding and while my brother tried taking a picture of my super cool aunt I decided this is the time to photo bomb… I also had blonde hair back then.

I think he can pull up Ralph since he is so much bigger than me and shouldn’t be allowed near anything delicate b/c he breaks it. Not on purpose… he’s just… a bull in a china shop! I will have to make my hair work with this cosplay b/c I have dark hair but there is blue in there now. 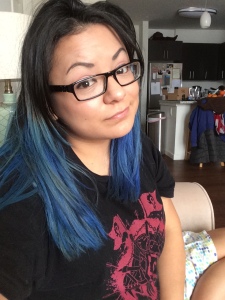 I think I can still pull this look off, yes?